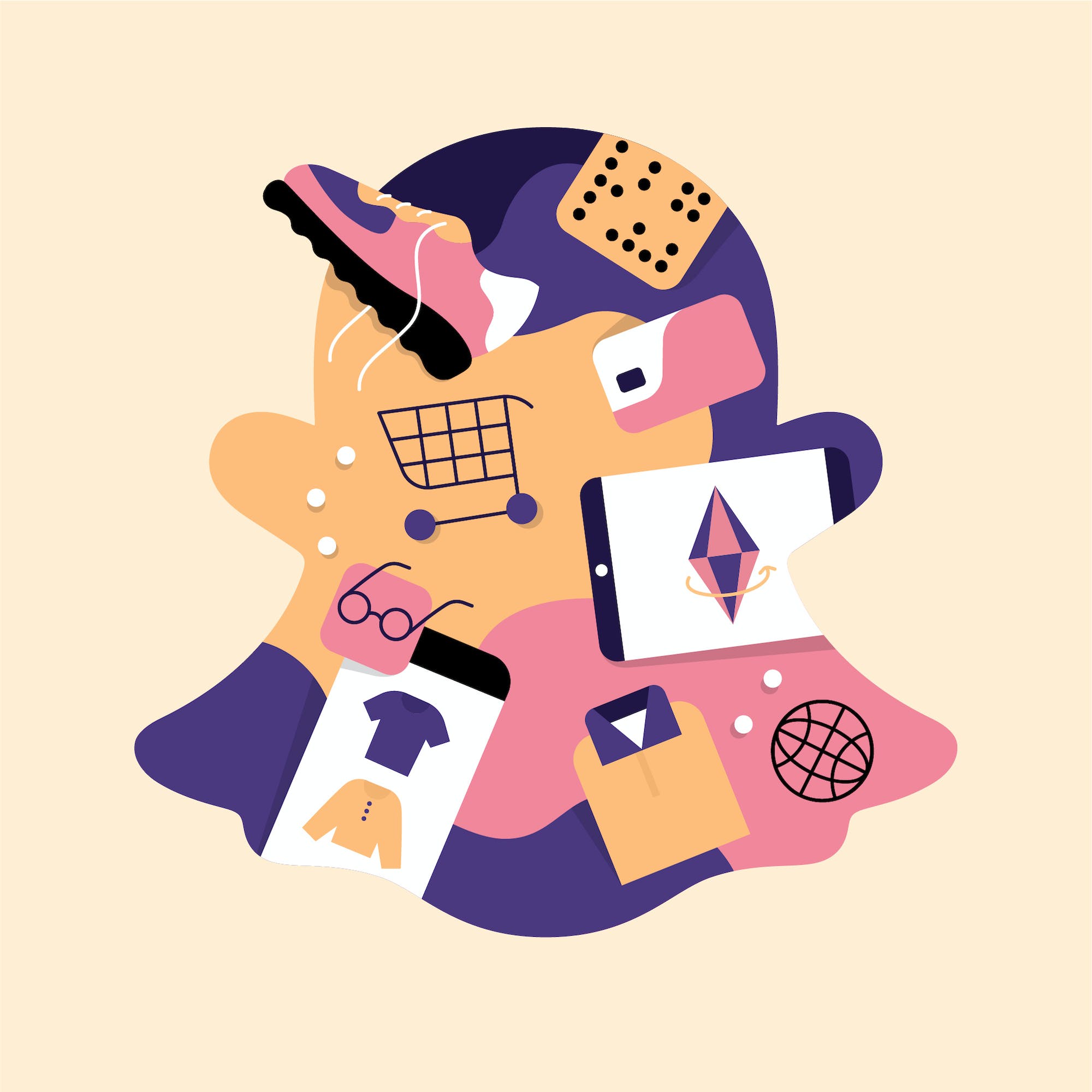 Twitter has Larry T Bird. Android has Bugdroid. Reddit has Snoo. But only Snapchat can boast that its mascot is named after hip-hop and Wu-Tang royalty. When the social media platform wanted to give its iconic Ghostface Chillah an eComm remix, they hired Different Folk artist Mateusz Napieralski to cut a fresh look.

Using the ghost logo as a blank canvas, Mateusz has added splodges of purple, gold and pink – LA Lakers meets Juve away – alongside graphic cut-outs of sneakers, specs and threads. That’s right, Ghostface has had a fresh lick of paint – and he’s gone shopping.

Initially meant for Snap eyes only, Mateusz’s artwork has now been published. We like to think that the team loved it so much that they knew the world had to see it, too. So, now that it’s gone global, we wanted to share it with you nice people here.